Posted on November 28, 2017 by itsgoodtobecrazysometimes

Myself and M are celebrating 4 years of friendship, it honestly feels like more, but in a good way.

2 years ago, she sent me some trousers and a book for monkey, at the time I was searching just for some cheap trousers but because he was growing so fast, I didn’t want to spend a fortune and everything I was finding on things like ebay were bundles, he didn’t need any more tops, just trousers. So she very thoughtfully sent me some her son had grown out of, plus some cake. Who doesn’t like cake coming through the post. I was very excited, last year, the silly cow went all out and bought my son the paw patroller I had desperatly been seeking for less than £60.

Nearly a year on, its still one of monkeys fav toys. This year M has been ill, however she had now made a tradition, so I thoughtfully informed her that so far the postman hadn’t delivered anything and it was tradition to get something.

Just to make this clear, this was all banter and in no way was I expecting anything. Once again though, she went all out. 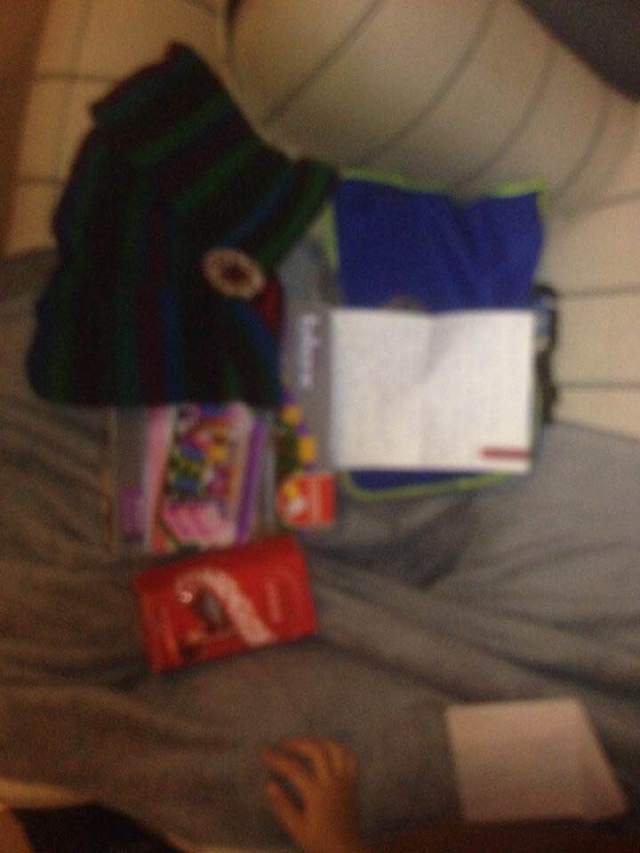 Its not a fantastic photo, cause you see that little hand that would be monkey making a grab for either the chocolates (red box) or the lego (pink purple box) M even ill had made me an amazing scarf. I love it, its so pretty, also she gave me the gift of the Gods a good 3 hours of peace as my son tried to build his lego set.

So this post is really to say a massive thank you to her, on a wider stage than the PM I sent her, telling her she smelt.

After the shitty week I have had, it really cheered me up.

6 Responses to A tradition